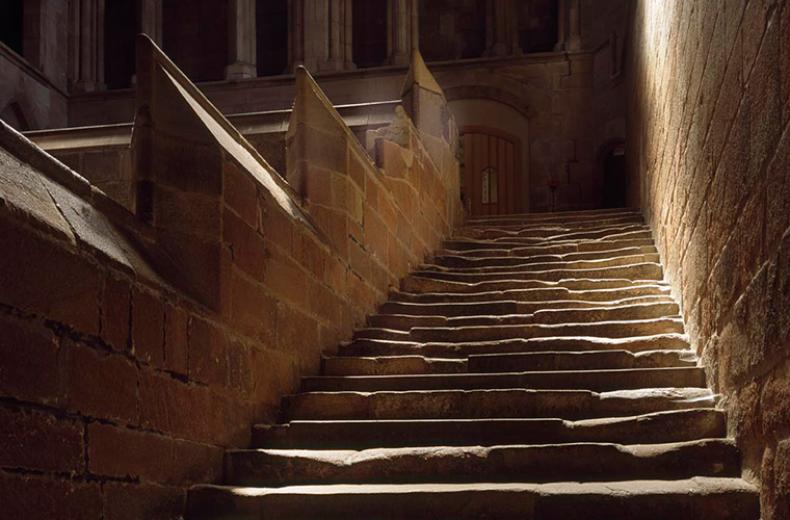 Thirty-five stone steps rise from the south transept of Hexham Abbey, worn by constant use since the 13th century. A rare surviving example of its type, the Night Stair is an atmospheric reminder of the Abbey’s history as a monastic church.

The Night Stair is a vivid reminder of the time when the canons lived, worked and worshipped in the Priory. Before dawn each day, the Priory bell would summon them to Matins, their first service of the day. They would descend from their dormitory, which no longer survives, down the Night Stair, on their way to the service in the Choir.

When the Priory was dissolved in 1537, the canons were pensioned off and the dormitory fell into decay. It was eventually demolished, and the Song School now inhabits the site where it once stood. But the Night Stair at Hexham survived, unlike those at other abbeys such as Fountains, Rievaulx and Finchale.

The Night Stair is still in frequent use today. The choir uses it regularly, and it is adorned with candles or flowers on festive occasions. The gallery at the top of the Night Stair is the perfect place for a fine view of the transepts, the organ and the screen, and the jewel-like Victorian stained glass that fills the 13th century lancet windows.