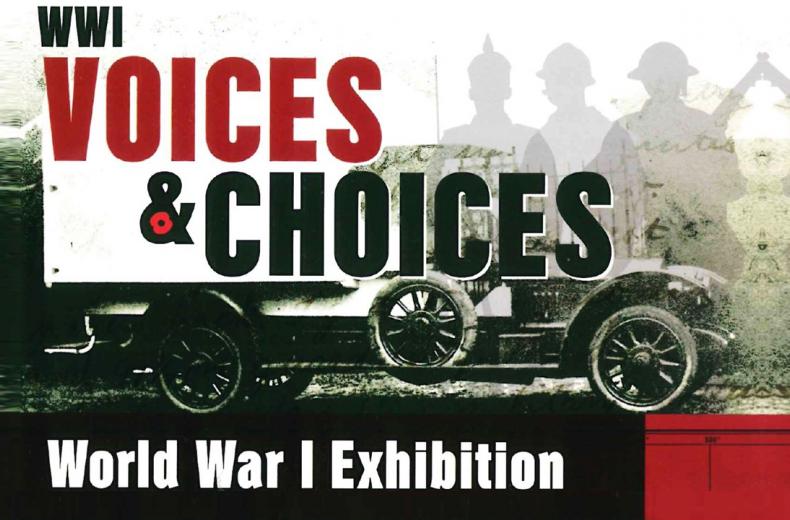 A project to engage, remember and celebrate the events of 1918.

A series of talks and events on Saturday 3rd November:

10.30am Launch of Voices and Choices

Opening of the exhibition which reflects the experiences of WW1 as seen through the eyes of soldiers and civilians from the twinned towns of Hexham, Noyon and Metzingen

Dr Christine Seal, Dr Tom Kelsey and Hugh Dixon from the Abbey’s Conservation team will relate items in the collection to life around the Abbey as war progressed.  There will be valiant knights, a rector determined to complete the furnishing of the church with its new nave, a false dawn, skilled wood-carving by a Belgian refugee, sad losses and the ‘Cheer Up’ Club.

Chris Britton of the Abbey’s Conservation team will explore the very personal story of two of the many Hexham families who lost sons in the war and their connection with the great West Window which was dedicated exactly a hundred years ago to the day – just eight days before the armistice.

12.00pm Rededication of the West Window

The Rector of Hexham Abbey, Dagmar Winter, will conduct a short and simple service of rededication.

Talk by Clive Moon (Hexham Abbey Guild of Bellringers) about the ‘date touch’ of 1918 changes, to be rung to commemorate William Summers, a Hexham Abbey bellringer killed in action on 10 Sept 1918

The Abbey’s bell-ringers will ring 1918 changes on 10 bells, expected to last for an hour and a quarter.

VOLUNTEERS -  We are looking for new and returning volunteers to offer an hour or two stewarding the exhibitions - as little or as much as you would like, no minimum requirement!  We are running two training sessions; Friday 26th October at 10am and Sunday 28th October at 11.30am to give volunteers the lowdown on the exhibitions.  Please contact sally.mcrobie@hexhamabbey.org.uk if you would like to get involved.

This is an HLF funded project.

There are no upcoming events at this time.